I’ve got a couple of acoustic shows this week:

This Thursday, Helicity Montgomery is presenting a show featuring me and Rae Fitzgerald. The show is at “The Sanctuary” at Jubilee Community Center, 432 S. Goldthwaite St. in downtown Montgomery. It’s an early show: doors open at 6; music starts around 7. Cover is $5.

Rae is an Americana artist from Columbia, MO that is touring through the area. You can hear her album Quitting the Machine here:

On Friday, I’ll be playing at McLeod’s Publick House in Dothan, AL with Michael VanDusen. This show starts at 9, and there’s no cover.

Now on to other news…

If you missed the Montgomery Film Festival this past Friday night, you missed some great event. The films ranged from dramatic, artistic, funny to outright bizarre, but it was a fun time.

Also, some local commercials were made for the intermission. If you haven’t seen them yet, check them out on Vimeo:

The Capri Theatre is showing the film Dallas Buyer’s Club from Jan. 31 – Feb. 13, but this Saturday, Feb. 1, one of the actors – Michael O’Neill – will be there to introduce the film and take questions afterwards. That is at 7 p.m.

And apparently, it’s supposed to snow in Alabama tomorrow, so… be safe and try to enjoy “Coldpocalypse 2.0.”

First and foremost, if you haven’t heard the new R_Garcia album “Demons to Diamonds,” stop what you’re doing (I guess surgeons in the middle of surgery are excluded from the “stop” part… for now…) and listen. I was hooked halfway through the first song. For real. It’s good.

Oh, and track 7, “The Things You Love,” features additional musicians from the band Signs of Iris, whom I mentioned in “Music I think you should hear, vol. 13.”

And a band from New Jersey that I had the opportunity to perform with a couple of years ago recently did an Audiotree Live session, and as expected, it’s incredible. Congrats, fellas. Check out the band gates and see the session here:

Apparently, Arcade Fire scored the film “Her.” Well, two members of the band did. I just recently found that out. You can stream the score here.

And here’s some new stuff from Manchester Orchestra!

Yes, I know, I know. I posted about it here and here already, which is why the first word in the title of this post is “Reminders,” so here’s your reminder: the 5th installment of the Montgomery Film Festival is this Friday – Jan. 24 – at the Capri Theatre. It starts at 7:30 and admission price is normal Capri prices (which, as posted by the MFF folks, is $7 for Capri members and $9 for non-members.)

Also, this Saturday night, the experimental music group Baghouse is playing at Head on the Door. The band features Jeff McLeod (of the band No and The Subversive Workshop blog). You can hear them on Bandcamp.

And yesterday, the folks behind The Maxx  “A Fan-Made Web Series” posted a teaser trailer for their upcoming work. Check it out!

Did that title draw you in? Huh? Did it? Yeah?

So here are some things you may be interested in:

***EDIT*** I just saw a Montgomery Advertiser article about the New Politics show. Read it here.

2. Comedy Central’s show “Drunk History” will be filming in Montgomery on Saturday night. The crew will be downtown at AviatorBAR at 7 p.m. Details here.

3. The new Mogwai album “Rave Tapes” comes out next week. It’s streaming on the Brooklyn Vegan website. Click here. Yes, I’m kind of a Mogwai fan-boy, and yes, I really like the album.

5. Megan Jean and the KFB has a new video out – a live video for the song “These Bones.” Check it out below:

6. I recently got up with Adam Davila to record some drums to a Fall of Adam song titled “1989.” The EP is getting closer and closer to being complete. More details as they come along.

Saturday evening, the Montgomery Film Festival announced the list of this year’s selected short films that will be shown at the Capri Theatre on Jan. 24.

The two films that were shot on location in Birmingham are Bubble by Jen West and James Martin of Four X Productions and Behind Me (Facebook page) by Rebecca Pugh.

I got to see Bubble last year at the Sidewalk Film Festival in Birmingham. The effects are stunning, and I’m sure they’ll look fantastic on the Capri’s brand new digital projection system. 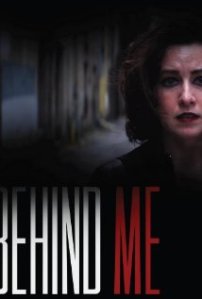 I posted about Behind Me back in June (click here.) I was lucky enough to be able to see this one as it was in production. (This is the film that got my first official IMDB credit as being part of the crew.) I’ve seen the trailer for it, but this will be my first time actually seeing the full, completed work, so I’m really looking forward to that.

So make plans to attend the Montgomery Film Festival – Friday, Jan. 24 at the Capri Theatre. Starts at 7:30 pm. Click here for the Facebook event, and invite your friends. Support independent film and your local theater.

(Also, you might not want to wander too far away from the screen during the festival’s intermission; some folks have been working on some very entertaining and hilarious fake commercials that will be showing. You might even see some faces you recognize in there.)

Mark your calendars. The 5th installment of the Montgomery Film Festival is coming up this month – Friday, Jan. 24 at 7:30 p.m. at the Capri Theatre.

“It’s almost here. This week, we’ll be announcing the selected short films for this year’s festival. We’ve received 53 entries for this year’s installment, more than our previous years by a wide margin. We’re still narrowing down who’ll make it into our 3-hour presentation. It’s a tough job, but somebody’s gotta do it. Stay tuned!”

In other news, some filming for the upcoming horror film R.V.M. occurred yesterday.

And Death to the World is in the final stages of post-production! More details on that coming soon. Be sure to like that Facebook page and you can find the creators – Foolish Henry Films – on both Facebook and Twitter.

The Lovely Patient is another local film that looks to be in the post-production stage. (See the trailer here.)

Also, things seem to be going well for the first installment of The Maxx, a fan-made web series being shot locally. Check out this shot from some of their recent filming: