Anyway, last week I released the newest Glorious 70mm EP on Bandcamp. But both EPs are also available on NoiseTrade. Feel free to share those links with your friends as they can also have some free music.

In other news, Glories, a post-rock band from Birmingham, has a new song out, which is from their upcoming album (which comes out Tuesday, I believe.) They’re also playing this year’s Secret Stages festival that takes place Aug. 1 & 2.

And Four X Productions is working on a new film called “Little Cabbage” and you can help! (You know them from their previous short “Bubble” and for the St. Paul and the Broken Bones video “Call Me.”) Check out their Seed&Spark page to see how you can help with the film production!

A couple of weeks ago, I announced the new Glorious 70mm EP: INT – THE LYRIC THEATER – NIGHT.

The pricing is the same as the previous EP: For personal use, “pay what you want (even if $0).” If you’re a filmmaker and would like to use any of these pieces, please contact me for licensing. I’d love to work with you.

I’ve also set up a Facebook page for Glorious 70mm.

And of course, here’s my FB page, profile, Twitter and Instagram. I hope you enjoy the music. Thanks for listening.

Yep. Throwback Thursday, y’all. No, but really, I was thinking about a music project I was in a few years ago with Trey (Hail the Titans‘ drummer) called “The Boss and The Rabbi.” It was a 2-piece, improvisational, instrumental project that included guitar, drums, keyboard and a Korg Kaossilator with both of us playing everything, switching instruments, etc.

If you dig that kind of stuff, we have three recordings on Bandcamp.

The first recording was a 2-song demo that we titled Her Origins at Midnight.

The next was a completely live recording we did, splitting the performance into separate songs. The EP is titled Six Victims (The Theatre Curtain was the Color of Blood). There is a serial killer story told through the song titles and music.

The last release was just one song, which is a prequel to the Six Victims story line titled Her name was Miranda (He was suspected from the start). This was actually the sound check we did prior to recording Six Victims, but we liked it and decided to release it later on. Also, the cover photo was taken by Pint Bottle Photography (as was the band photo at the top of this post.)

All of the music is set at “name your price,” so you can put in zero and download it for free if you like what you’re hearing.

In March of this year, I released the first EP from a new project I’ve been working on titled “Glorious 70mm.” (For a brief history of the project, check out this post from February and this one from March.)

Within the next month or so, I’ll be releasing a new 5-song EP, and in keeping with the theme of the first EP and the film aspect of the project, I’m using a script heading format for the new title, which is: INT – THE LYRIC THEATER – NIGHT.

On the previous EP, the main title and song titles all came from a specific film script (which also happened to inspire the “Glorious 70mm” name.) This EP also gets its name and song titles from a film, a combination of the script and the finished movie, and I’m sure some of you will figure it out without me having to tell you.

While the actual film takes place in California, the album cover shows part of the Lyric Theatre in Birmingham, Ala. The photo was taken by Lindsay Garrett of Birmingfamous and Show Pony Productions (who also, after hearing the first couple of songs, said this particular film was the first thing that came to mind, prompting the subsequent titles.) 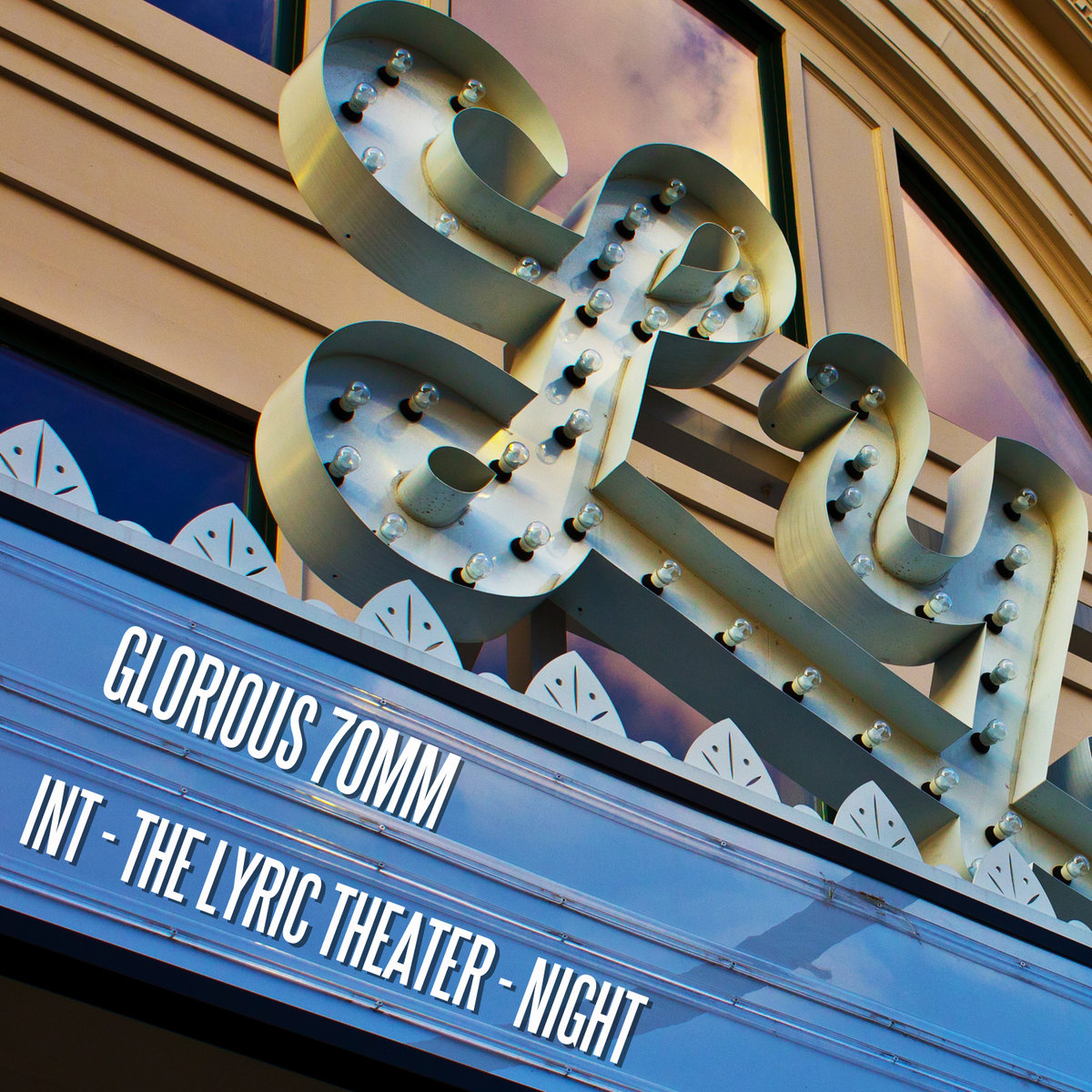 1. You’re So Cool
2. You Look Ridiculous
3. All It Says Is ‘Dear Clarence’
4. Exiting the Ambassador Hotel
5. A Beach in Cancún

In the meantime, you can hear/download the first EP on Bandcamp.