During the past couple of months, I’ve worked with my friend C. DeWayne Cunningham of Carolyn Jean’s Son Visions on a couple of promos for some community theater productions. 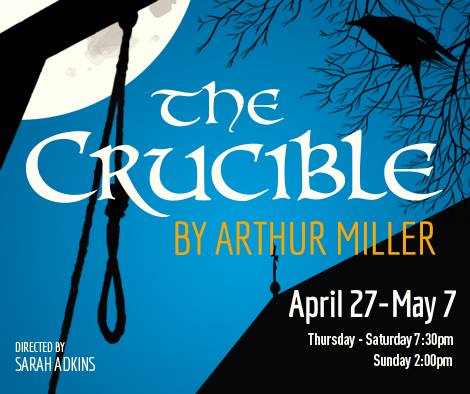 The most recent is this one for “The Crucible” by Arthur Miller (directed by Sarah Adkins) coming up at the Cloverdale Playhouse. It runs April 27 – May 7. Find info and tickets on their website.

Speaking of the Cloverdale Playhouse, the next Guitar Pull will be tomorrow night at 7pm, featuring Megan T. McMillan, Greg Thornton, and Michael Thornton.

We had previously done a promo for “The Old Settler,” which ran this past weekend at Pure Artistry Literary Cafe. But over the weekend, they have decided to add an encore performance that will be coming up on Friday, May 5. Details here. 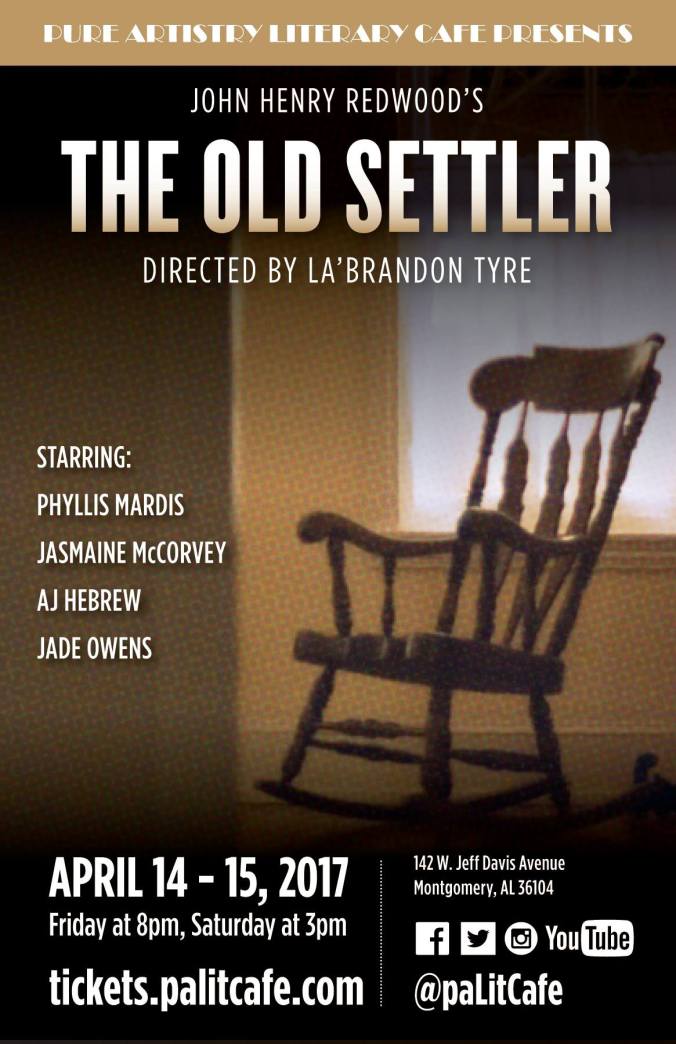 I was listening to NPR Wednesday morning, and there was a story that was just absolutely depressing. The title is “Rohingya Families Flee Persecution And Suffering In Myanmar For Bangladesh.”

In the story, there was a man who escaped his country by boat. His goal was to get to a safer area in another country and gather funds to pay a trafficker to get his family to him.

In the meantime, however, soldiers went to their village. People ran, including the man’s 8-year-old son, who was fatally shot in the back. In the village, the soldiers separated the men from the women, beating the men and raping the women. The women who resisted being raped were stabbed.

The husband was told what happened to his family, and he cried. The story described him as feeling guilty and powerless, second-guessing his decisions, wanting to be reunited with his wife and 5-year-old daughter.

It’s heartbreaking. It’s one of those stories you hear and immediately think how much evil is in the world. It’s a horror that most of us in the U.S. – luckily – can’t imagine.

But even in the U.S., thousands of people are victims of rape and sexual assault each year. It’s not soldiers raiding homes, but it’s very real nonetheless.

According to RAINN (Rape, Abuse & Incest National Network), every 98 seconds, an American is sexually assaulted. Per their site: “On average, there are 321,500 victims (age 12 or older) of rape and sexual assault each year in the United States.”

I have met and am friends with people who have experienced sexual assault or were abused as children. I have even interviewed a couple of sexual assault survivors, and their stories were heartbreaking.

As someone who cares and has empathy for people, I feel powerless. I wish I could stop these horrors from happening. I wish I could do something. I try to encourage people to find the beauty in the world, but these stories make it difficult.

The month of April is Sexual Assault Awareness Month and also Child Abuse Prevention Month. There are many worthy organizations – both local and national – that exist to help people in need.

If you want to help, there are many nonprofits out there doing great work. I’m in Alabama, so if you’re looking to start at a state level, there is the Alabama Coalition Against Rape and the Alabama Network of Children’s Advocacy Centers. Or if you’re looking for your local nonprofit to donate to, both of their websites have listings of local centers that offer direct help to survivors – ACAR list; ANCAC list.

From the news release:

The producers of the horror film Spiritus are holding a screening on Saturday, April 8, at the Sanctuary in downtown Montgomery. The screening begins at 5 p.m., with a Q&A session held afterwards. Entry is $10. The Sanctuary is located at 432 S. Goldthwaite St.

The film, written and directed by L.C. Holt, tells the story of a troubled girl named Marjorie Hines. One year after her mysterious death, Marjorie’s tormented spirit returns to seek bloody vengeance on those responsible.

“We were able to tell this story in an interesting, nonlinear way,” Holt said. “The story unfolds piece by piece as each of Marjorie’s friends, along with an unscrupulous documentary filmmaker, start to uncover secrets surrounding the circumstances of her death.”

Before stepping behind the camera to direct Spiritus, Holt was focused on acting, and has appeared in films such as You’re Next, V/H/S 2 and Pop Skull.

So if you’re in the Montgomery, AL area this Saturday, make plans to attend.

Also, I filmed and edited some cast and crew interviews regarding the film. We’ve been releasing those periodically and sharing them on the Spiritus Facebook page. The first two are out already (see below), and there are more in the pipeline.